Discover some of the world’s most spectacular airports 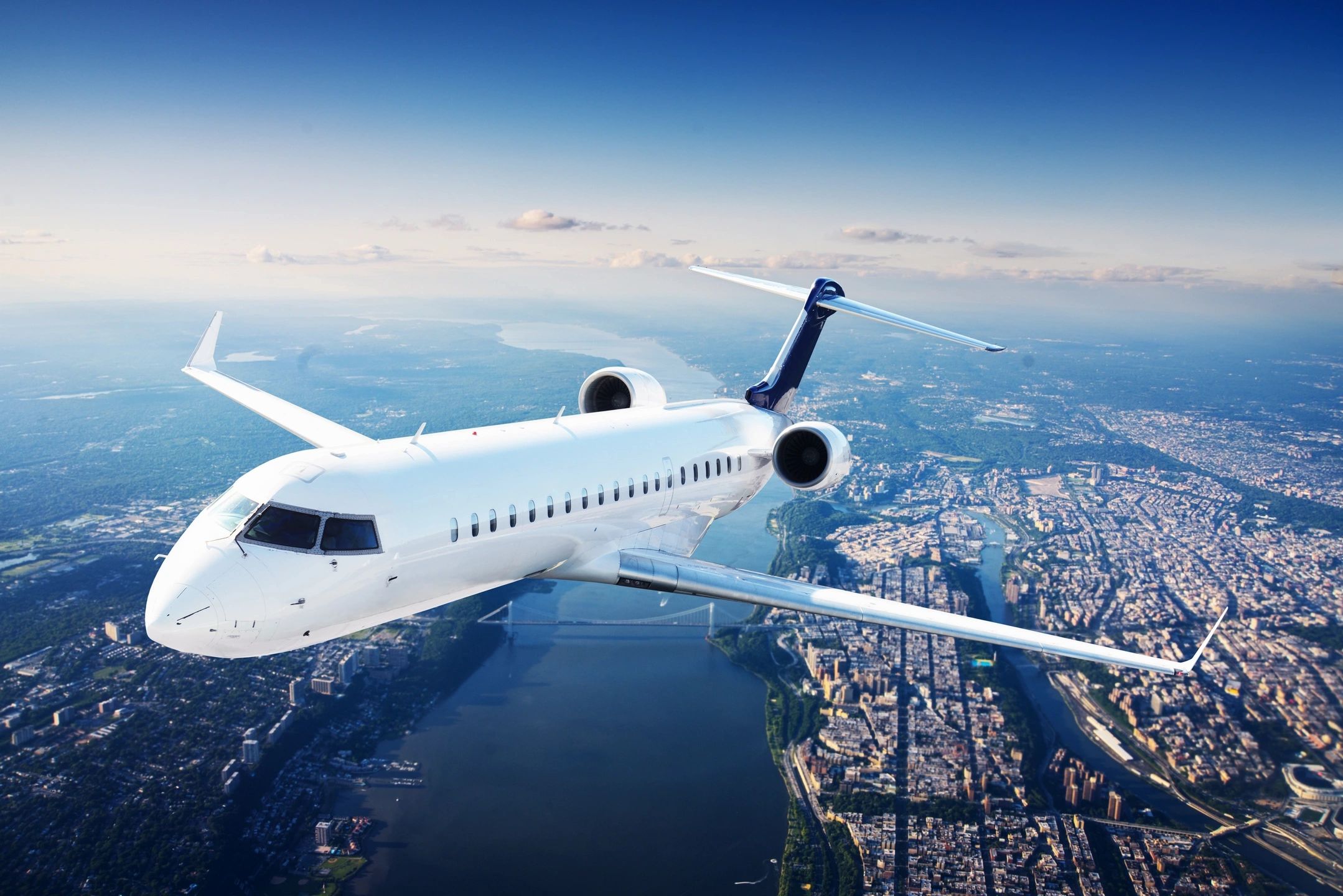 You surely keep as a treasure memories of your trips to some of the most beautiful countries in the world, those that were in your bucket list, maybe because of their exotic culture or because of their lush beaches. Perhaps it was their wild nature that caught your attention? In any case, trips full of pleasant memories that probably began in an airport… or perhaps more than one if you had to make a stopover.

Because today we want to talk about airports, the starting point of all long-distance trips. We’re going to discover the secrets of some of the biggest and most spectacular airports in the world, as well as the available options for you not to spend hours and hours waiting in an airport chair trying to rest with an eye always open so that your hand luggage is not stolen.

We start our route in what’s probably the largest air connection hub that exists: Dubai International Airport. With over 85 million passengers in 2018, it’s one of the busiest airports in the world. Of course you can find dozens of restaurants and the most prestigious brands shops, but if you are looking for some inner-peace time, don’t hesitate to visit its Zen gardens with a waterfall included, a space that will allow you to forget for a moment that you are still inside an airport. 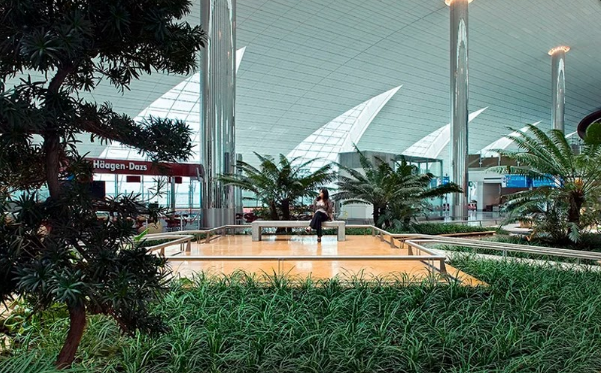 And once you’ve done all your shopping and visited the Zen garden, you realize that you still have 8 hours left in your stop over. What do you do? Resting in one of BYHOURS’ hotels next to the Dubai airport, such as the City Seasons Dubai Hotel, where you can comfortably rest while waiting for your flight departure.

We are now travelling to another prominent air connection hub. This happens to be the largest airport in Europe in terms of passenger volume. You are right, we are talking about London’s Heathrow Airport, with more than 78 million passengers in 2018. This airport does not stand out neither for its architectural design nor for its leisure activities in offer. In fact, the most outstanding feature in this airport is its size: with more than 12 square km of extension, the airport counts with train service connecting its 5 terminals. As a curiosity, the airport has a sixth terminal for VIP purposes which is only accessible to the Royal Family members and other personalities so, unless you are Queen Elizabeth II and for some strange reason you are reading the BYHOURS blog, you will not be able to set foot in this terminal. 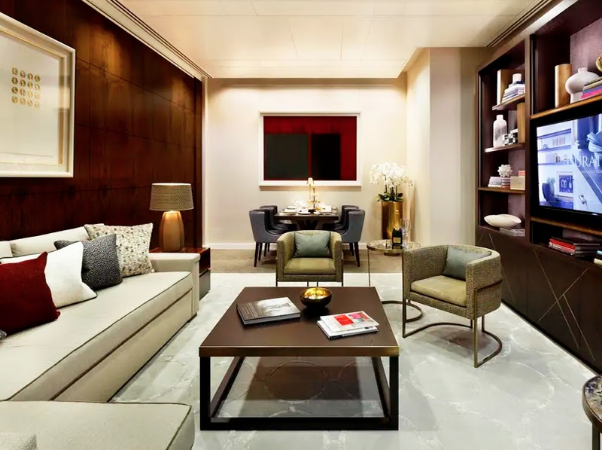 What you’ll be allowed to do is forgetting about uncomfortable waitings in airport seats, by booking for 3, 6 or 12 hours at the Hyatt Place London Heathrow Airport hotel. Luxury and comfort next to the airport’s main access.

We now move on to German terrain, specifically to Frankfurt’s airport, third on the list of Europe’s busiest airports, with more than 69 million passengers in 2018. The interesting thing about this airport is that, unlike London’s, it does offer activities to entertain its travellers. Are you a yogi? Perfect! You can relax by practicing yoga at any time in any of the two rooms that have been set up for this purpose. There you will find mats and a screen with exercises that will serve as a guide. Are you more of a film lover? Perfect too! The airport has its own projection space: eight cubicles with carpet floor and three comfortable armchairs in front of a large screen. The best thing is that you can choose the movie you prefer amongst those in offer. 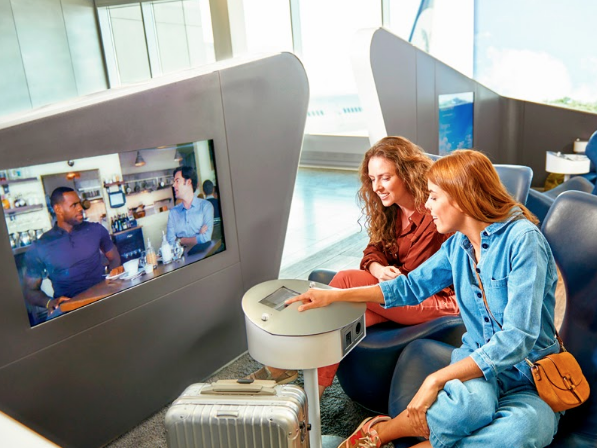 But as you well know, if you really want to rest while you wait, at the very door of the Frankfurt airport you will find the Hilton Frankfurt Airport Hotel. Spa, gym, restaurant and all the luxury amenities that only Hilton hotels offer.

Our journey through the world’s greatest airports ends in South America, specifically in Bogota. Its main airport, El Dorado, was recognized in 2018 as Latin America’s best airport in a survey among travelers organized by the company Skytrax, which specializes in airports and airlines. This recognition came to them having taken into account aspects such as their arrivals service, connections, shopping, security and migration.

Even without large entertainment facilities, the El Dorado airport was reopened in 2017 after local government invested more than US$1.2 billion to replace the old terminal built 58 years ago. So get ready to enjoy a modern airport that counts with all the comforts you’d expect from a 21st century infrastructure. 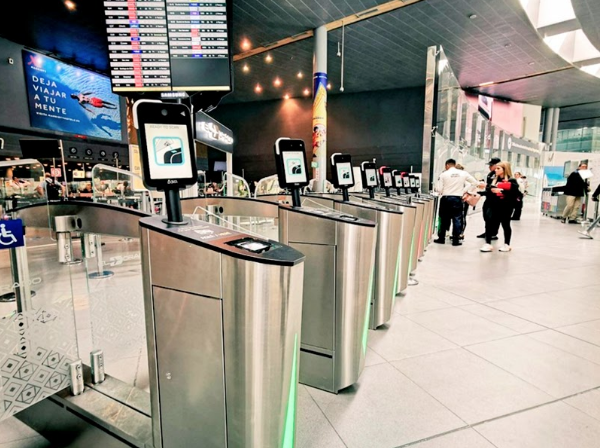 But if you are the kind of person who cannot be impressed by avant-garde architecture and instead highly values comfort and resting time, you’ll find at your disposal several hotels, such as the Hotel Habitel, located just a few meters away from the airport’s entrance. Your hotel by hours in Bogota airport.

As you can see, an airport is an ecosystem in itself. Each one of them offers the traveler diverse entertainment options within the limitations of a space designed for air traffic. But if what you are really looking for is some rest, trust BYHOURS to book your hotel by hours at the world’s main airports. 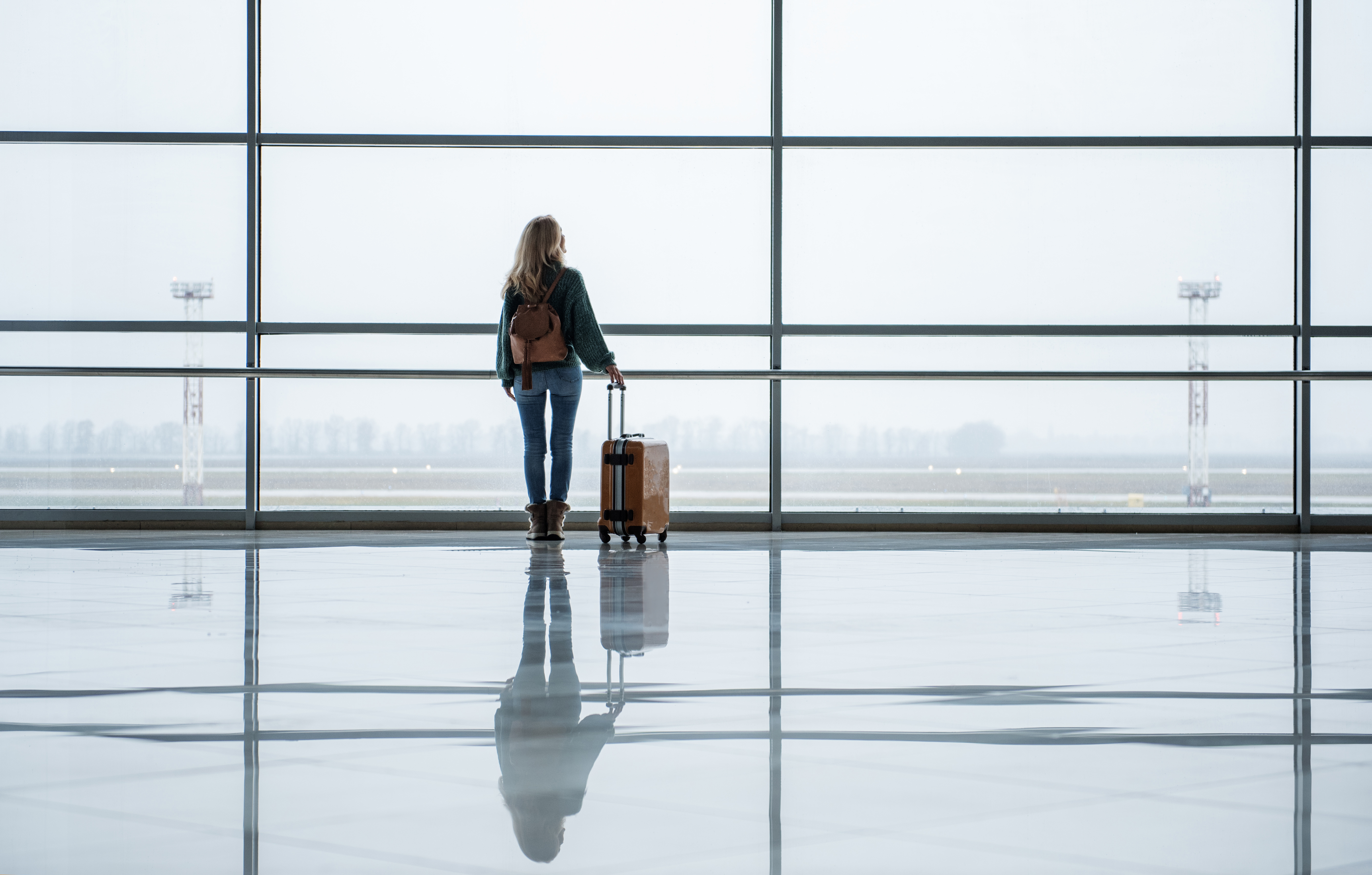 You have to fly and you’re afraid of missing your flight? Today at BYHOURS we give you 3 tricks to not miss a flight and get to your destination without any problem because even though we have everything programmed, there are several external factors that do not depend on us and can make us miss the scheduled flight.

The first trick to not missing a scheduled flight is to keep in mind that as much as you want to, you can’t control the traffic. There is always a big city near the airport and near a big city there are traffic problems, especially if your flight is during the week. Whether it’s 7am or 2pm, you might arrive late at the airport because of a traffic problem and therefore miss your flight.
Bearing in mind that traffic is a determining factor in arriving on time, it is best to do the following:
If your flight is early in the morning: Sleep in an airport hotel, in BYHOURS we have a section where you can see all the hotels near the airport in each city. All you have to do is click here.
If your flight is at midday or in the afternoon: Arrive between 3 and 4 hours before and relax in one of the hotels that you can find near or inside the airport and take advantage to work relaxed in the room. 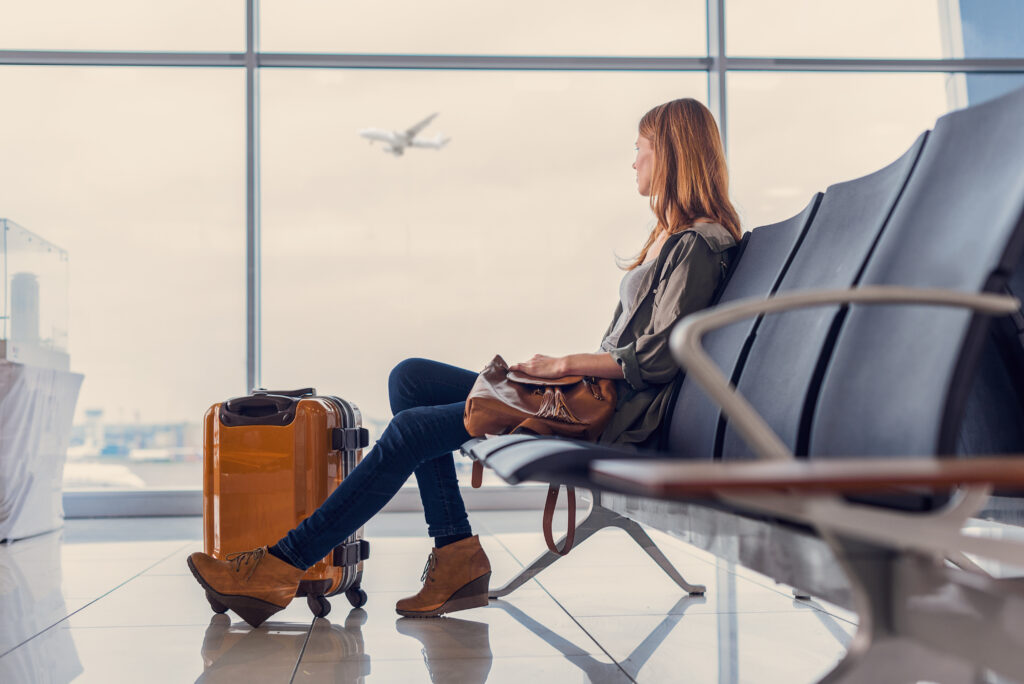 Normally when we go on a business trip we don’t check in a suitcase, so we carry everything in a small suitcase (See article on bag or suitcase here). That’s why the security control can be a bit more uncomfortable than usual so you should know that going prepared will save you a lot of time.
That’s why you should know that: Do not carry anything metal that can be detected by the control

The metal detector
At the moment of validating our luggage, we will have to come face to face with a great enemy: the metal detector. He will be there, waiting for us, ready to shout to the four winds if we carry objects we shouldn’t. This device can make us lose a lot of time if we do not face him well prepared. Organize your toiletry bag with the products that are sold in numerous stores so that the passage is easy, fast and comfortable.

Whether you go near or far, it is best to take the documents that may be required, by hand, not to put them at the bottom of the suitcase as you may have finally left them at home or they may have been lost.
Today there are many firms that sell special products to keep the necessary documents and avoid this type of mishap, the crucial thing is to incorporate the habit of taking it every time we go and have it close in case something unexpected happens and it is required.
And like everything in life, on occasion and although we put all our efforts to arrive on time, not always everything can be controlled so for any setback, cancellation or delay of our flight, it is best to have the BYHOURS app close by and take advantage of those hours to work quietly, go to the gym, relax in the SPA or sleep before traveling.

Why do hotels need BYHOURS?

Discover some of the world’s most spectacular airports